A salute to j17 magazine, the engaged ringtone and Constance Carroll lipstick. How much harder is it to be a teenager nowadays? 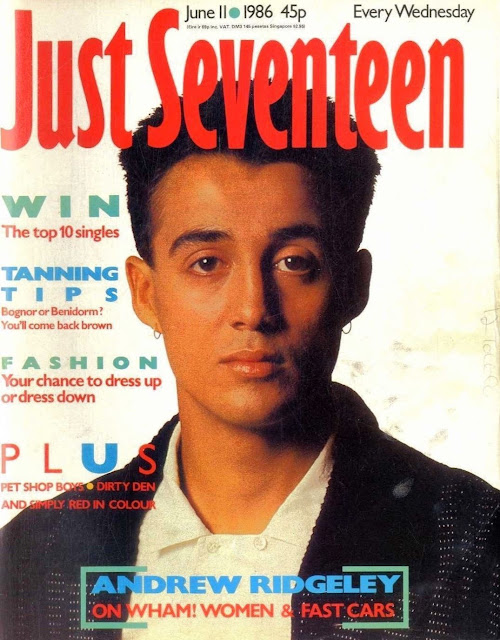 What were the media influences we relied upon as teenagers to navigate the world of fashion, culture and friendship in the 80's? They were magazines with proper editors who made the final decision on appropriateness and topical content. It was Jeff Banks on the clothes show telling you what was “in fashion” or as they say now 'on point'


It was Grange Hill showing you the valuable lessons in friendships, World in Action making you aware of the bigger injustices worldwide and John Craven delivering the news in the kindest child-friendly way on Newsround. Our media influences were funnelled and filtered to ensure the content matched the audience.


How did we know Constance Carroll Heather shimmer lipstick was all the rage? j17 told us. How did you know if your friend was in to chat with, the phone was engaged, then you biked yourself round and stayed until just before crossroads finished and biked back.


The point I am trying to make is that living in that era gave us a certainty and predictability about what we should tune into, the options were limited. Today's version is an onslaught of life lessons from the Kardashian's and Love Island, that we choose to allow are teenagers to buy into.


I thought the other day that I should just open my front door and allow any waif and stray to walk up to my daughter’s bedroom and form an orderly queue so they can fill her brain with all sorts of useless and damaging things that will change her world view; give comparisons that she’d never given thought to before and to top it off, be given enough of everybody’s drama to put Eldorado to shame.


No, don’t bother with that. The iPhone is doing the job for me.

Adolescence is now a very different landscape, the internet influences how they spend their time, how they behave and their attitude towards sexuality, socializing, school and expected lifestyle. Not only is the internet piping crap into our teenager’s brain and teaching them things they didn’t care to learn about before, but social media use and screen time generally is hiking up the statistics on loneliness.


Loneliness in teens had been generally trending downwards until 2012, then it started to rise and kept rising until in 2014 it reached an all-time high. So… now we don’t just have to worry about the epidemic of loneliness amongst the elderly through no fault of their own, no… now we need to worry about the loneliness of our teenagers, who are on social media to feel included…Oh, the irony!


Teenagers are spending more leisure time alone, they are communicating by snapchatting, texting and Instagram.


So, our teenagers only have to be on social media 50 minutes a day to feel unhappy.


How was it for us? when you finished reading Just 17 magazine you went and did something else. When you finished recording the top 40 onto your cassette you occupied yourself in another way. Same after Top of the Tops. These things have stop cues, meaning the activity comes to a natural end and you are forced to do something else. The trouble with social media, including YouTube, which now automatically loads another video, as does Facebook, is that you can consume huge amounts of irrelevant crap. Before you know it 90 minutes have gone.


Every element of a teenager’s life now has a level of intensity that would be difficult to replicate in any other era. GCSE pressure is in one of these areas. I have written about the topic of school stress and what you can do to help here https://helenharveycounselling.blogspot.com/2017/08/do-you-have-child-doing-their-gcses.html


What do teenagers need to be afraid off, the terrorists or Brexit, the on-street groomers or the illegal highs? The fact that before they have even sat an exam, they get told that 600 people are applying for any job they ever apply for. But that’s ok because they are going to be youtubers or vloggers instead because it’s obvious that any moron can jump around in front of a camera and play tricks on their brother and get paid ££££’s for it in advertising. “it’s not that easy” you say and your teenager looks at you like you have two heads and you’re the deluded one.


In the summer my teenage daughter showed me a peers Instagram page and asked me to agree it was ‘edgy’ One of the photos was a picture of a hotel sink with filters. I replied “it’s a sink” my daughter agreed that she could see that, but it was an “edgy photo” “and you are admired if you have an edgy Instagram account” Ok brilliant, so the reality is it’s not about posting photos of memories you have created and experiences you have enjoyed, or at the very worst what you have purchased and want to brag about. No, now you are judged on your artistic perception and interpretation…hold on, wait there while I go and take an arty photo of my knackered broken bird table.


I’m joking a little about a very serious situation. It’s worth noting that the giants of the tech industry limit their children’s interaction on devices. The late Steve Jobs stated that his kids had not used the iPad and that they actively limited the amount of tech their children were allowed to use at home.


I believe that if we can’t change the context of these social media platforms then we should limit it like anything that is bad for us. Everything in moderation. Sometimes our teenagers need to be shown what moderation looks like. I’m going to suggest to my daughter 20 mins after school, 20 minutes after tea and 10 minutes before bed. When my daughter gave up Snapchat in May this year (she hasn’t been back on it) she started to spend time alongside me doing art projects and teaching me card games. This facilitated other discussions that were important and we were able to be more attuned.


Do you want to know what one of the leading psychologists think we should do about the ever-increasing epidemic of poor teenage mental health? Steven Biddulph believes as parents we should stop acting like we have no control over it and parent the situation with firm warm boundaries. His suggestion is no screen time in bedrooms and more time spent in the company of your teenagers. He believes that a 5% change in the way parents operate could be enough to shift your daughter out of the mental health zone.


I don’t know what he means by the term ‘operate’, but if he means more time spent together in an attuned way, then I think that leaves us responsible to be relaxed and accepting about what your teenager brings. This is not an easy task, getting the balance right between interested but not intrusive is a daily guessing game.


It is no coincidence that statistics regarding teenagers and unhappiness started to be significant when the use of social media platforms increased in teenagers. Maybe this is a call to action.


Bring back the Just 17 era, but maybe not the Constance Carroll lipstick.


iGen: Why Today's Super-Connected Kids Are Growing Up Less Rebellious, More Tolerant, Less Happy--and Completely Unprepared for Adulthood--and What That Means for the Rest of Us

Popular posts from this blog

Argumentative child/teenager…Here’s how to lessen that. (3 minute read)

August 27, 2019
First of all, don’t argue with them, why? because you will make them good at arguing! Practice makes perfect. In CBT they have a phrase ‘what fires together, wires together’ it sort of explains how wonky thinking and behaviour is formed. What you are trying to aim for is reflective thought in yourself and your teenager. So, first of all before new actions and responses can be installed you have to undo the set of behaviours that you don’t want. You have to interrupt that pattern. What you don’t want is your teenager thinking they have all the answers. Firstly, because his/her answers aren’t always right and second it will drive you mad. Think of it as a dance, you’re not willing to dance on demand anymore as you are saving your energy for other important things. The other important things are noticing, being present, hearing the message in the noise and most importantly keeping yourself regulated for the sake of yourself and everyone else in the family.
Post a comment
Read more

December 29, 2017
Photo by Morgan Basham on Unsplash Anxiety lesson 6 – Expression of feelings Its not uncommon for people with anxiety disorders to withhold their true feelings. There are many reasons for this, one common one is the need to be in control and a fear of losing it. When feelings have been denied over time, anxiety can start to manifest. I wrote about this briefly in Anxiety lesson 1 potential causes https://helenharveycounselling.blogspot.com/2017/10/anxiety-learning-potential-causes.html Because people with anxiety/phobic tendency tend to be emotionally reactive and have very strong feelings, the expression of them is even more important for their emotional well-being. When I did my degree in Person Centred Therapy, it was a requirement that you checked in with yourself and others in the morning, also a portion of the day was dedicated to personal development. Again, this is a discipline that requires practice, to notice and name feelings and the memories/events that a
1 comment
Read more 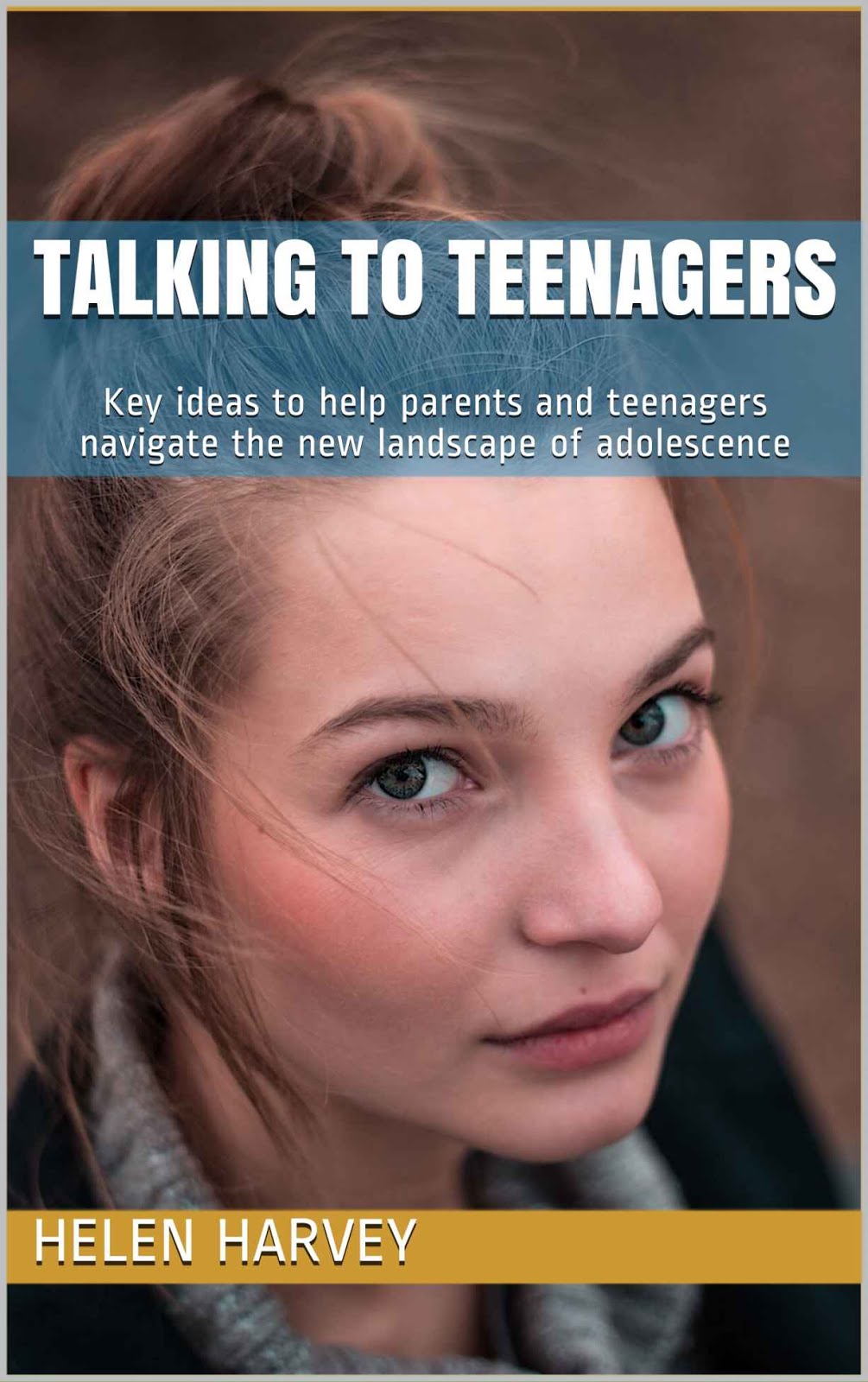 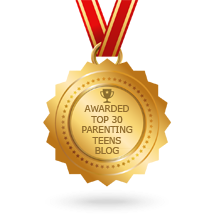 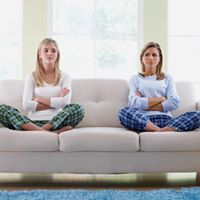 A blog about teenage mental health, anxiety, social anxiety, relationships, parenting and much more. I am a Child & Adolescent therapist in private practice and post adoption.

I am a person centred child and adolescent therapist. I am also trained in CBT.